This is my tractor's transformation from a parts tractor in 2012 to what it has become today! 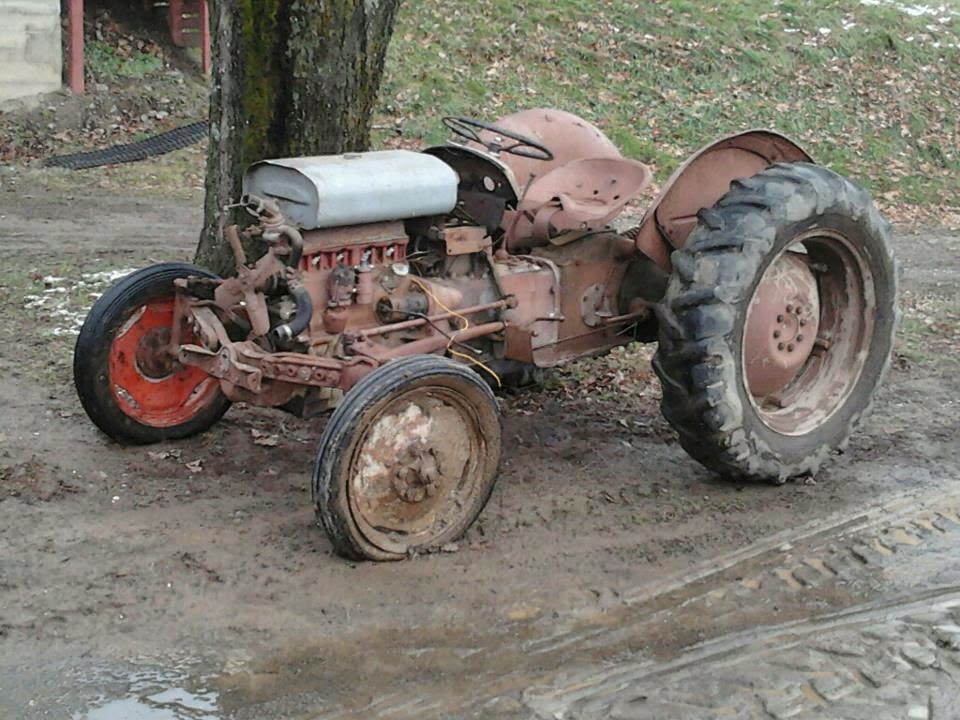 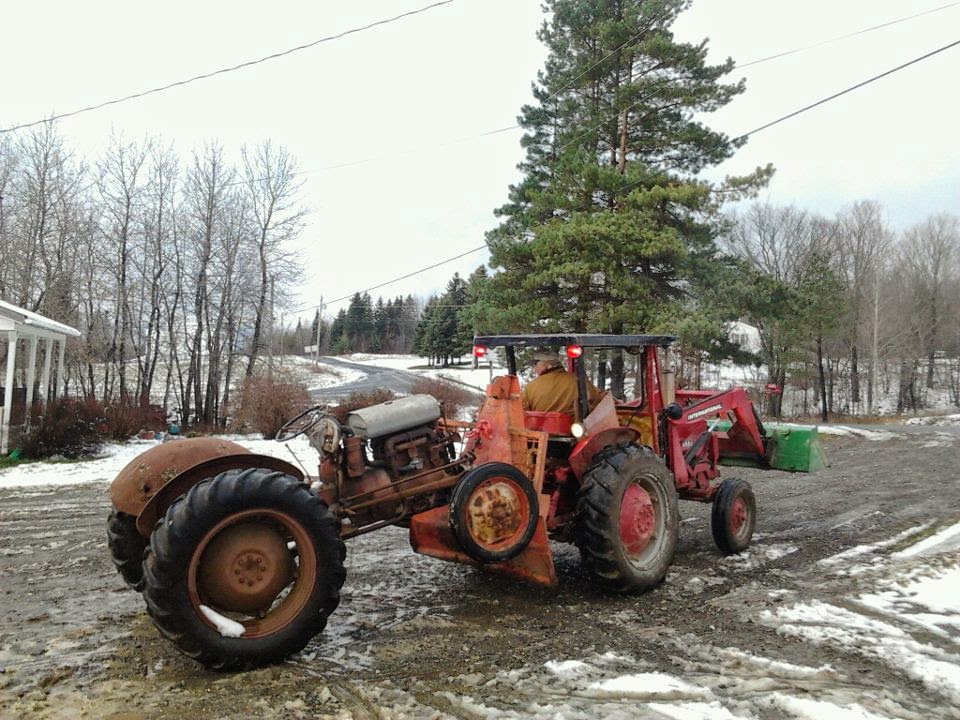 Towing it home behind my father's International.  This is also a tractor that he restored. 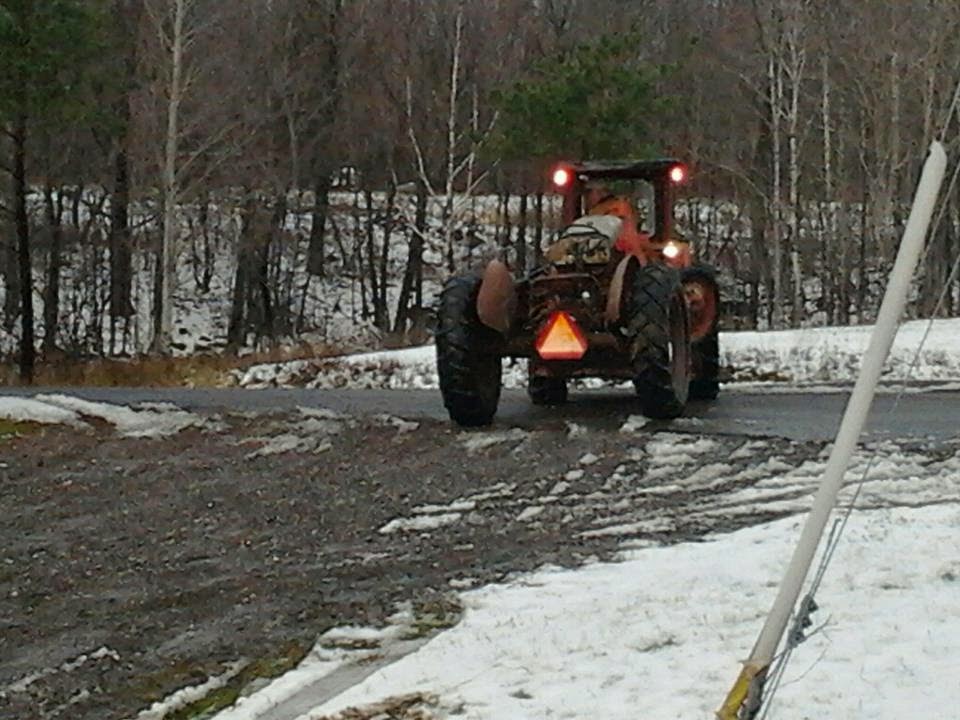 Making the journey from Newburg NB to Grafton NB.  About 7 or 8 miles. 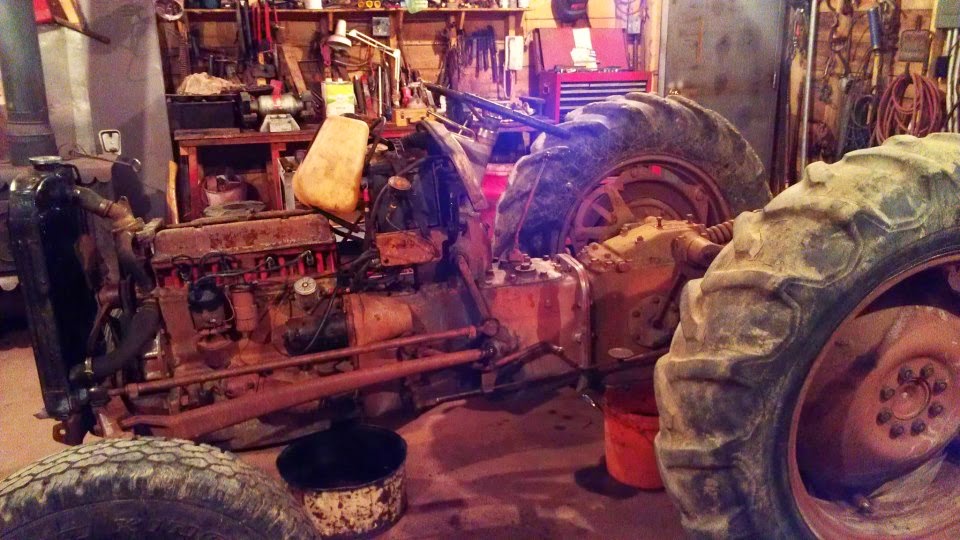 The tractor was running at this point. He put a carburetor and gas tank from a lawnmower on it. 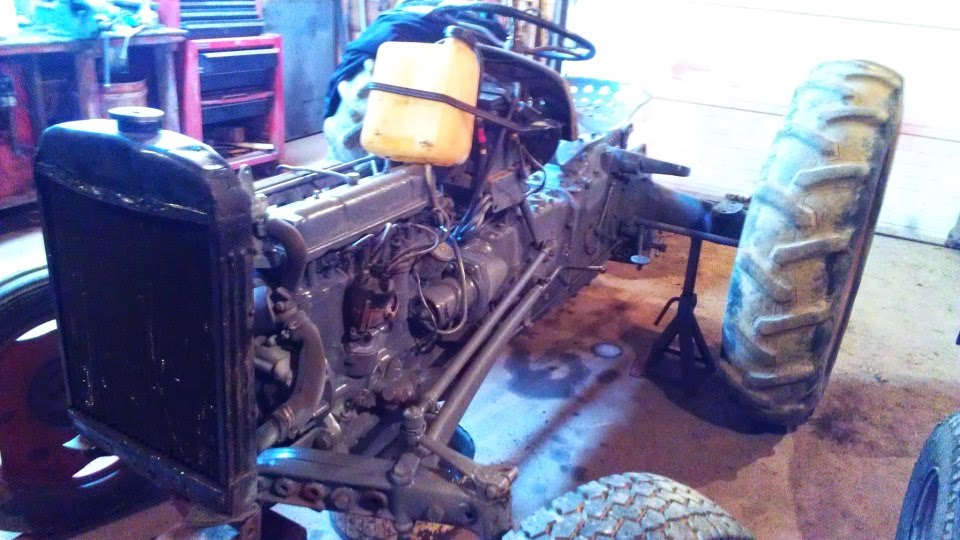 First coat of paint on the engine, transmission and rear end 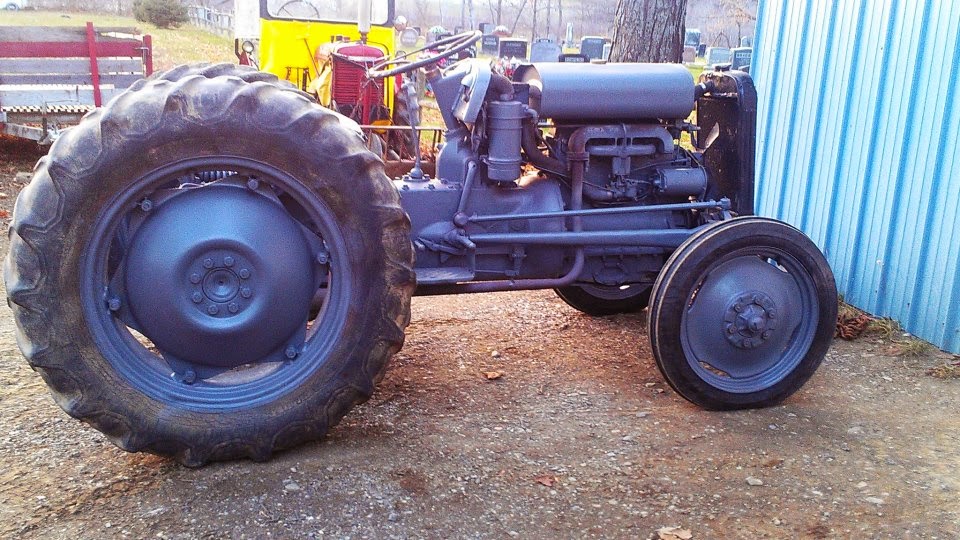 This was after the first coat of paint 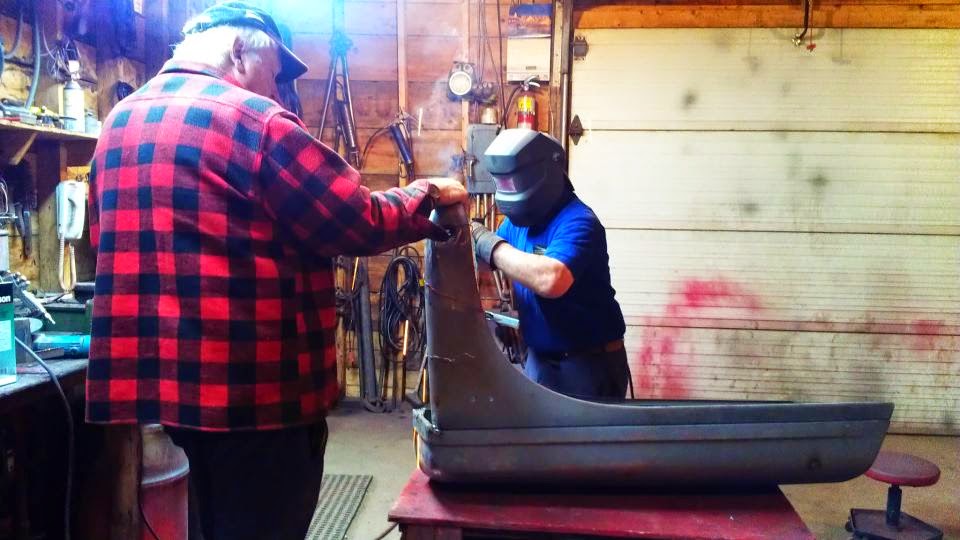 My dad, Gary Simonds (left) and my grandfather, Keith Johnston (right) straightening out the hood 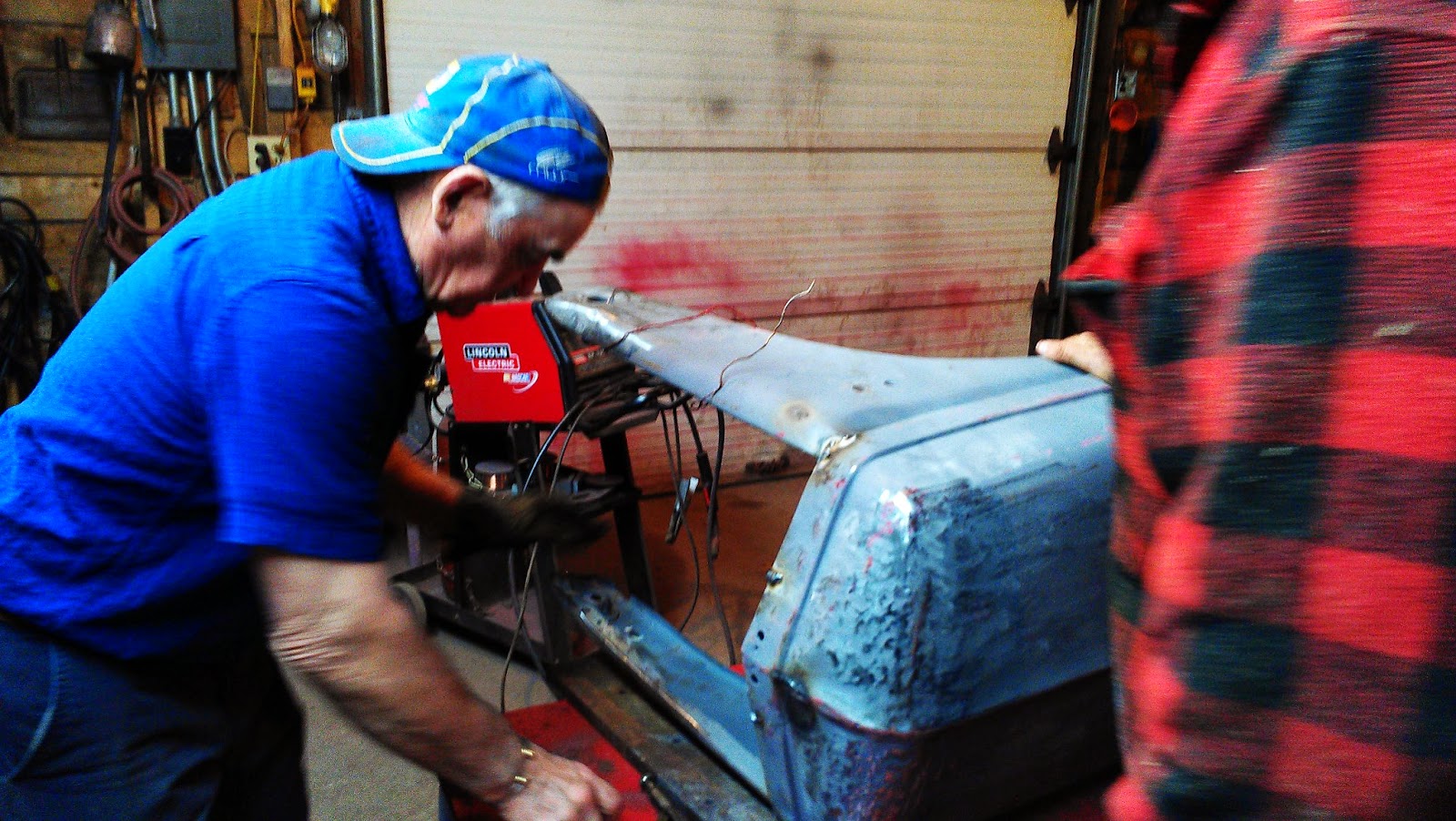 Lots of dents in the hood to hammer out 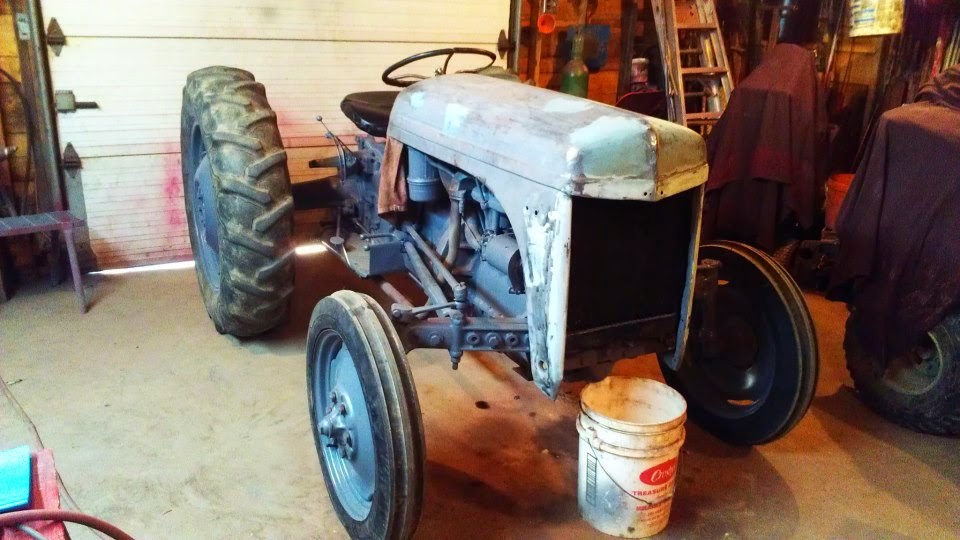 The hood is finally straight enough that it fits 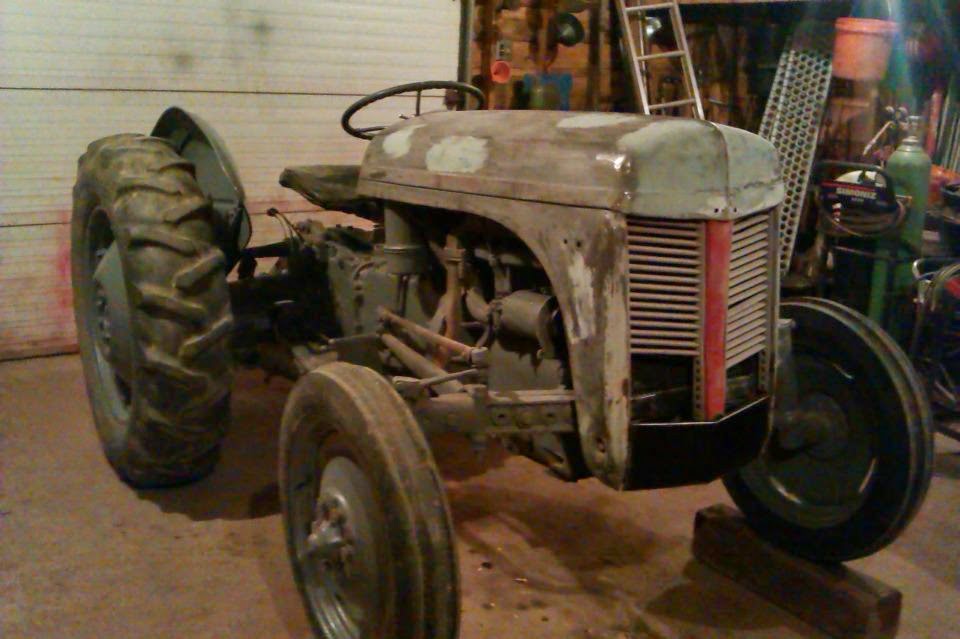 Making the grille for it.  The center and lower pieces are made from an old car hood.
Some of the fins were missing, so they had to be fabricated as well. 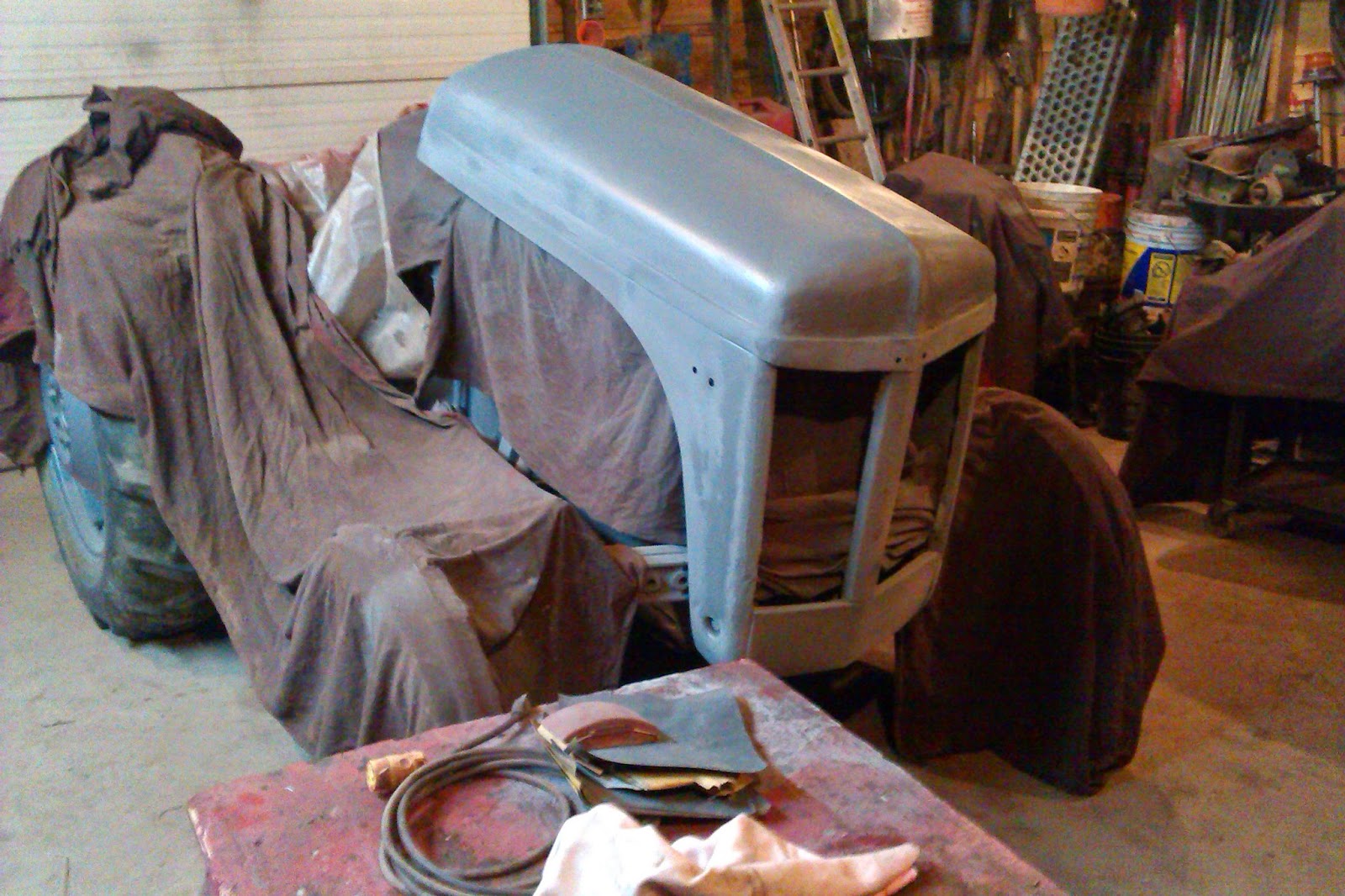 Hood all primed and ready for paint 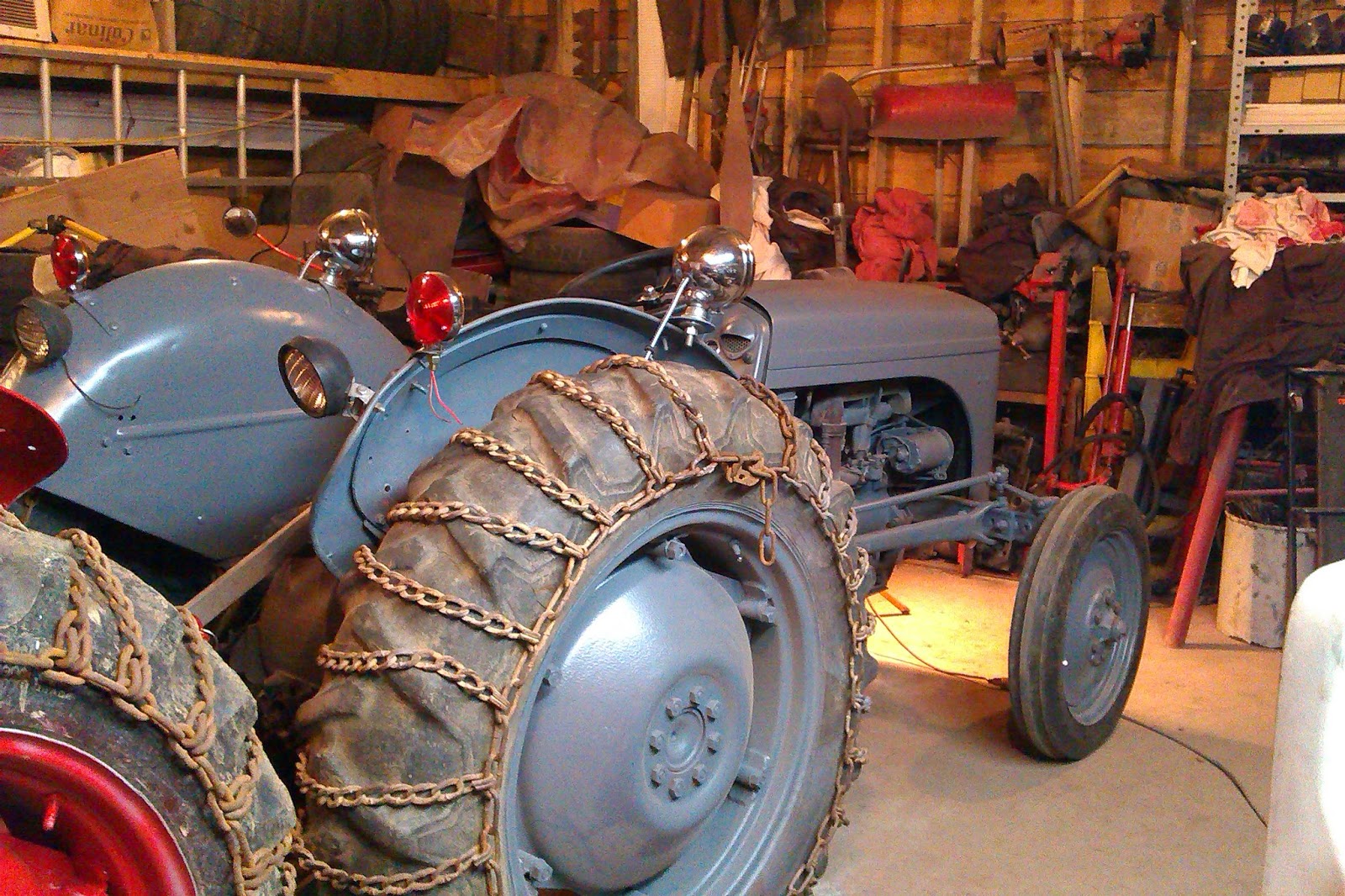 All painted, but the shine didn't last long 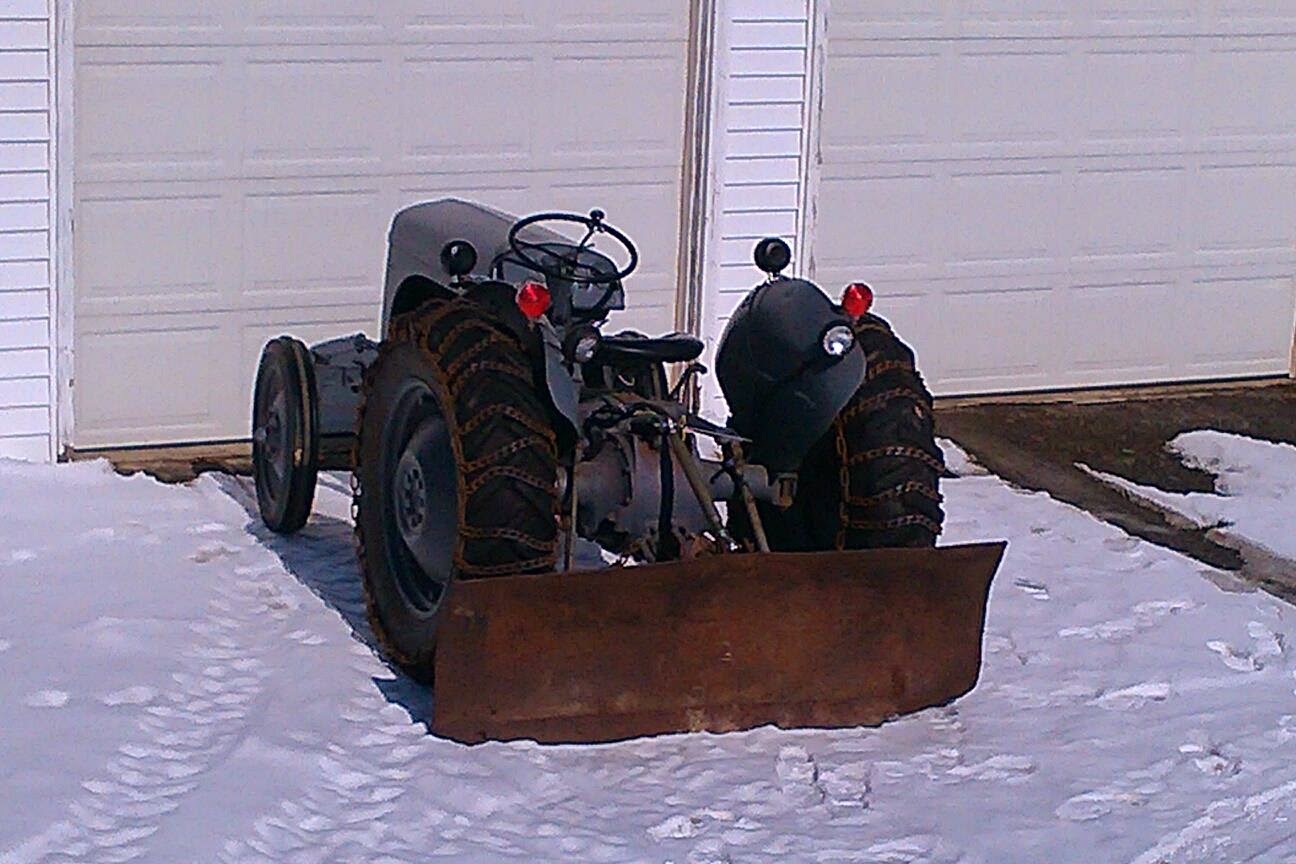 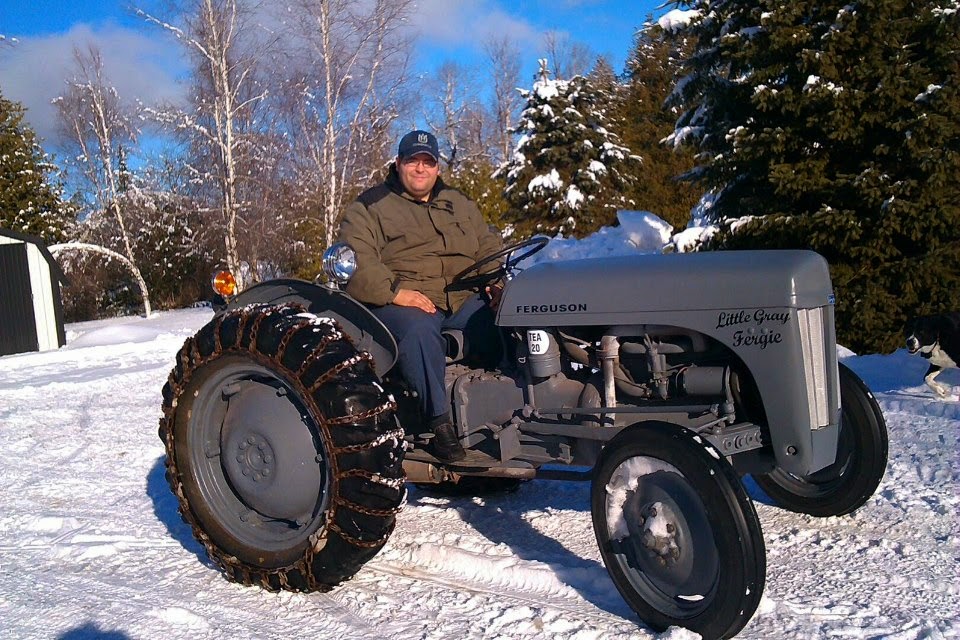 During the winter, I noticed that the clutch was slipping really bad and the rear engine seal was leaking and it had low oil pressure once it got warmed up, so we knew that it had to be torn down.  Notice the dull paint and temporary grille - December 2012 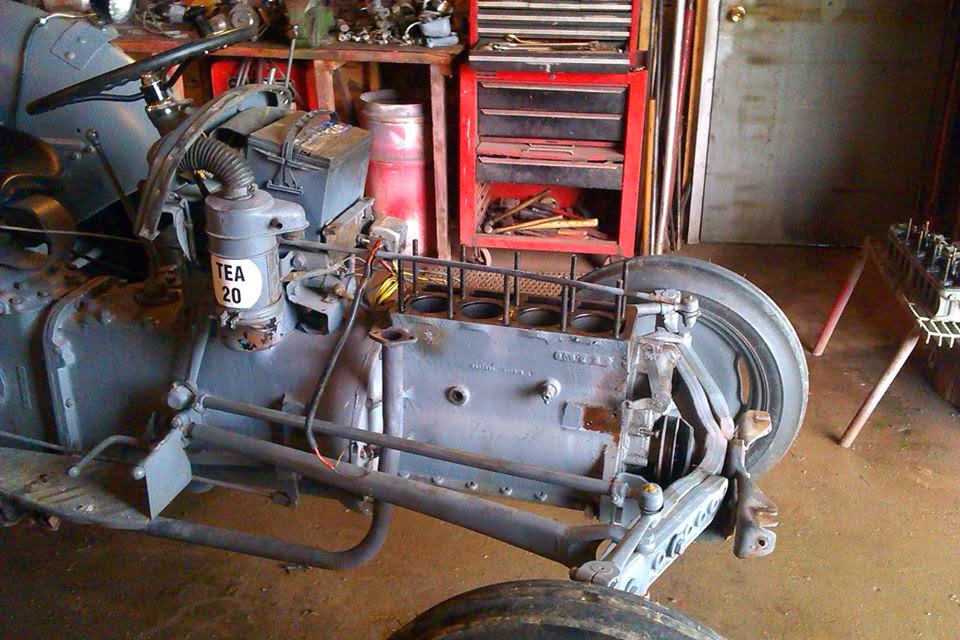 Tearing down the engine and clutch - May 2013 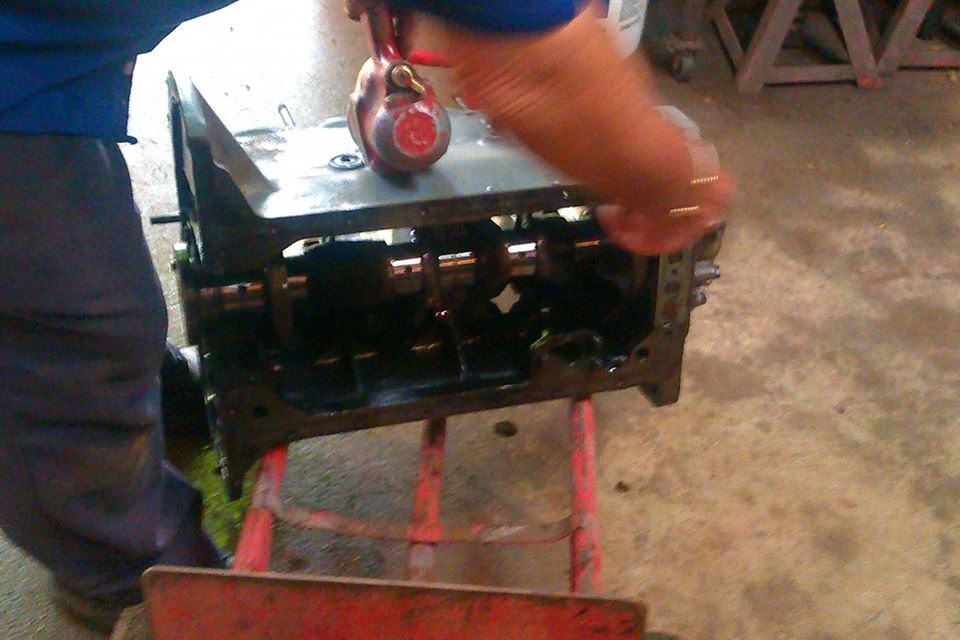 Pulling out the crank shaft - I had just driven the tractor to his house about 1 1/2 hours before this picture! 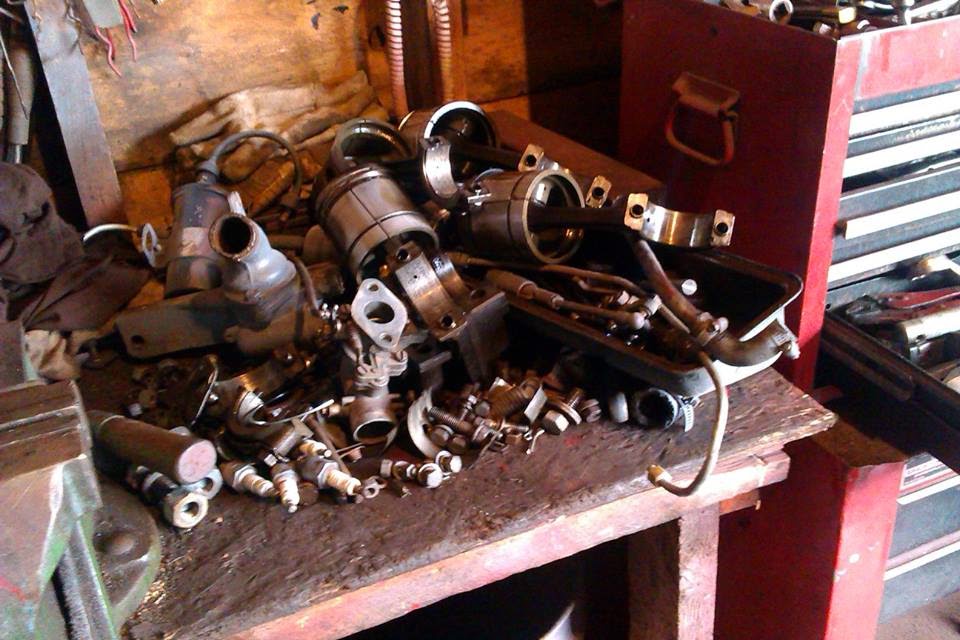 Pistons, bearings and lots of other parts on the bench 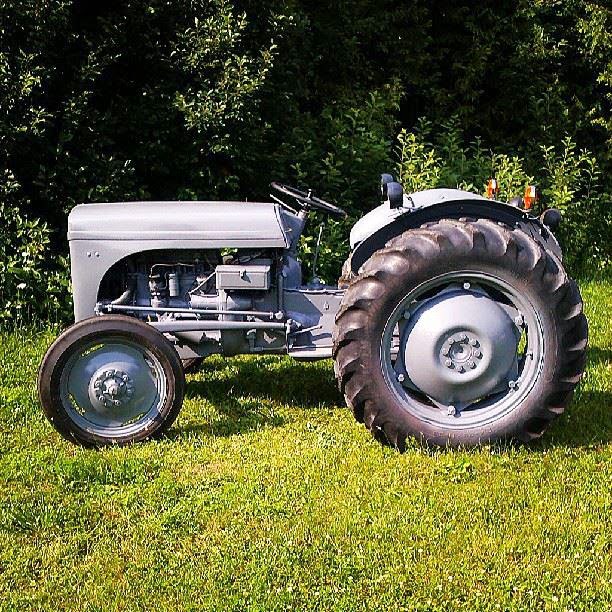 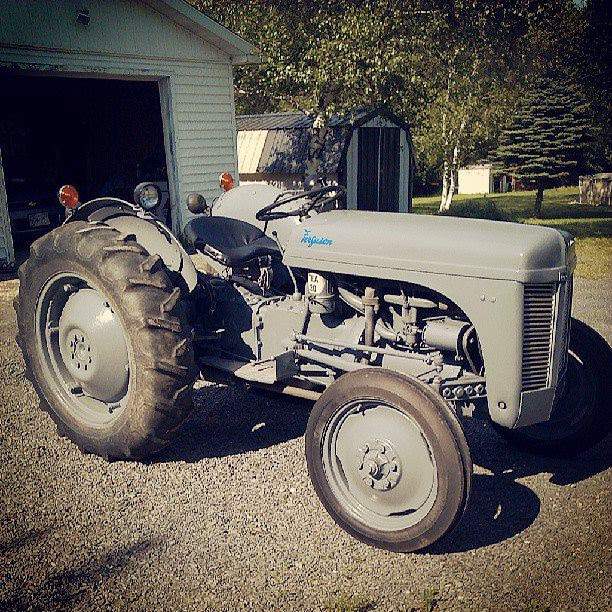 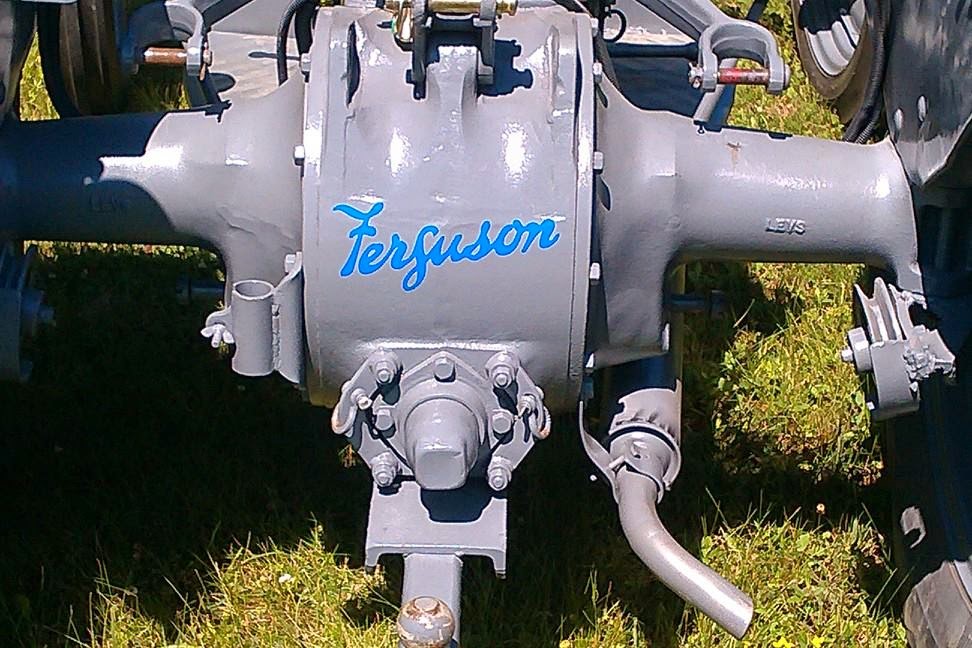 Even had the Ferguson logo made for the back 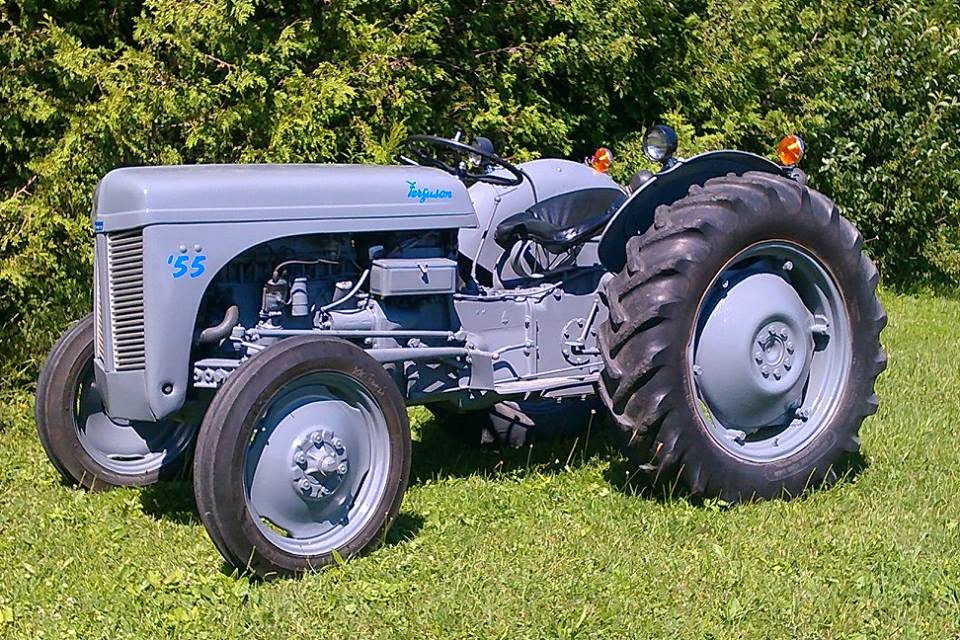 Tractor all lettered up 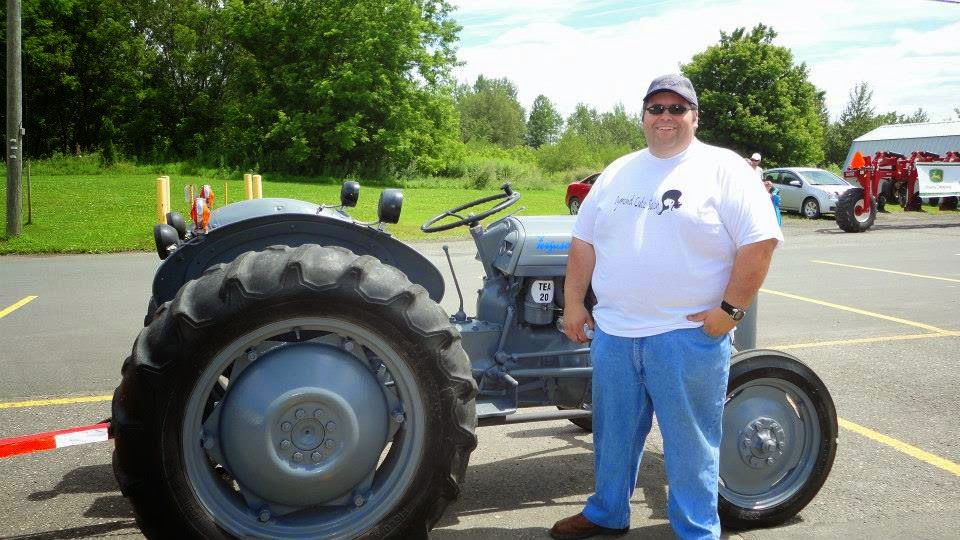 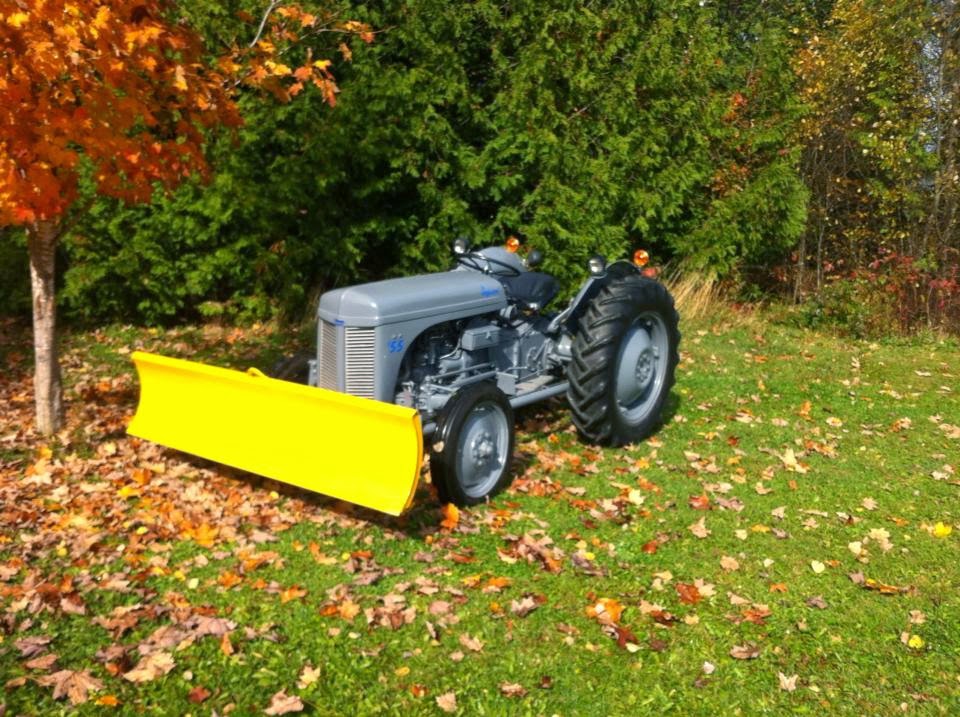 Over the summer of 2013, my grandfather made a plow for the front of the tractor 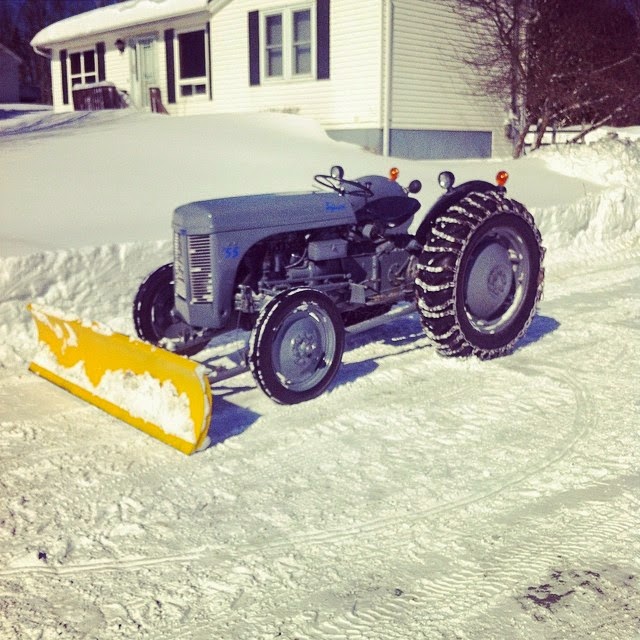 My first winter plowing with the front mounted plow - Winter 2013/2014
I love how it works!  So much better than plowing backwards 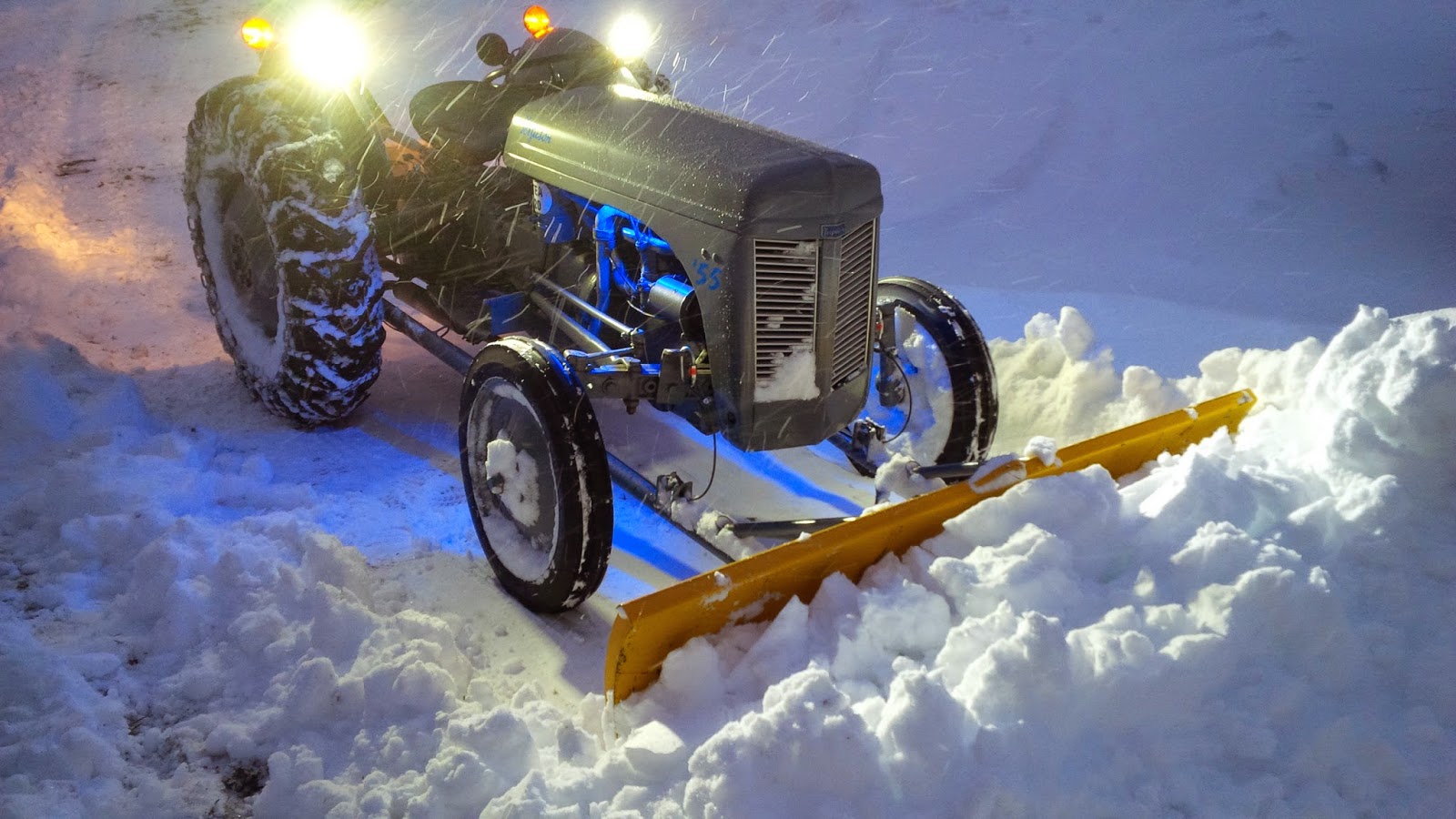 Easily plows over a foot and a half of snow 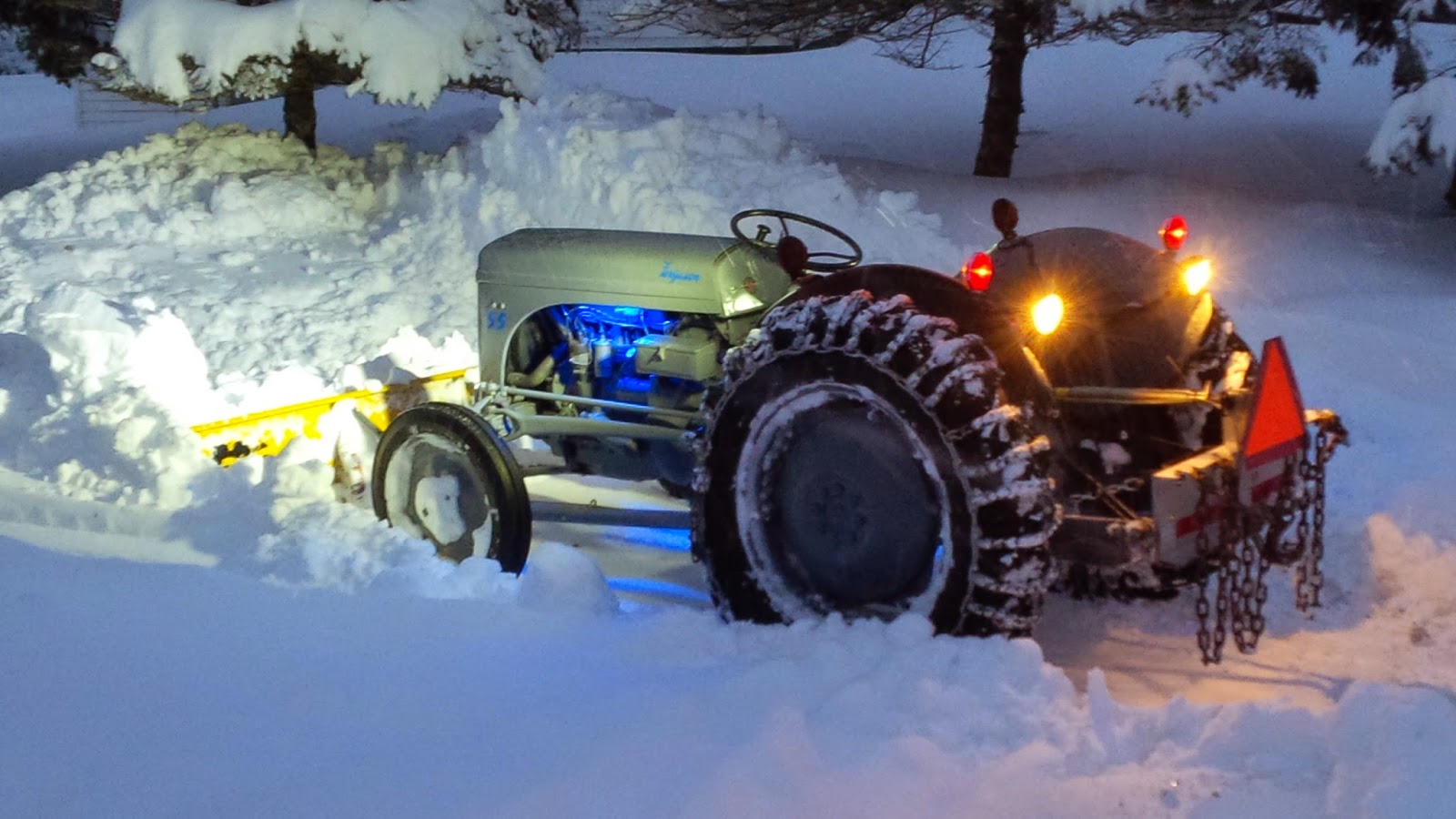 I added some blue LEDs under the gas tank.  I think they look pretty good! 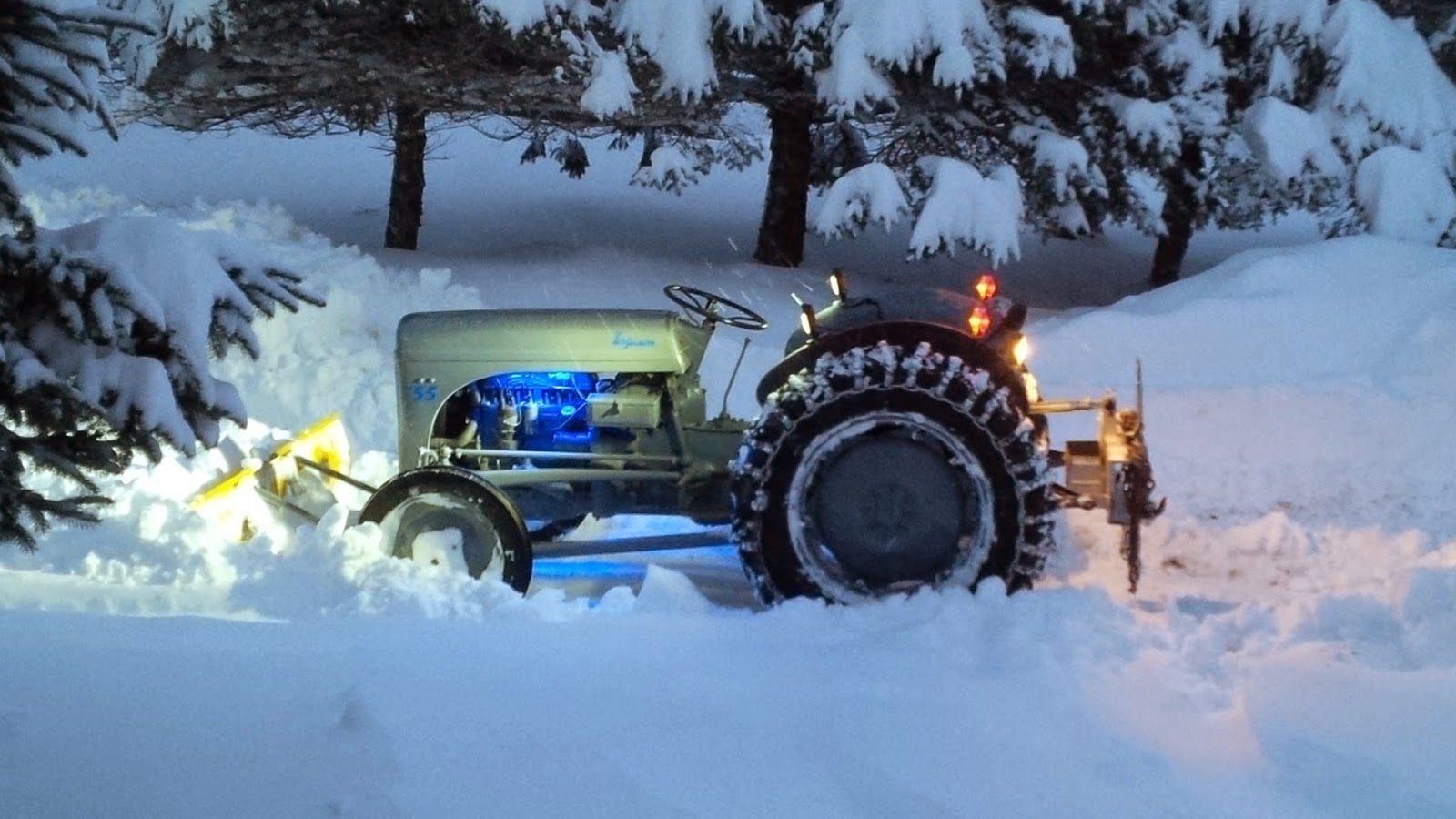 I don't like winter, but getting to play on this makes it a bit easier 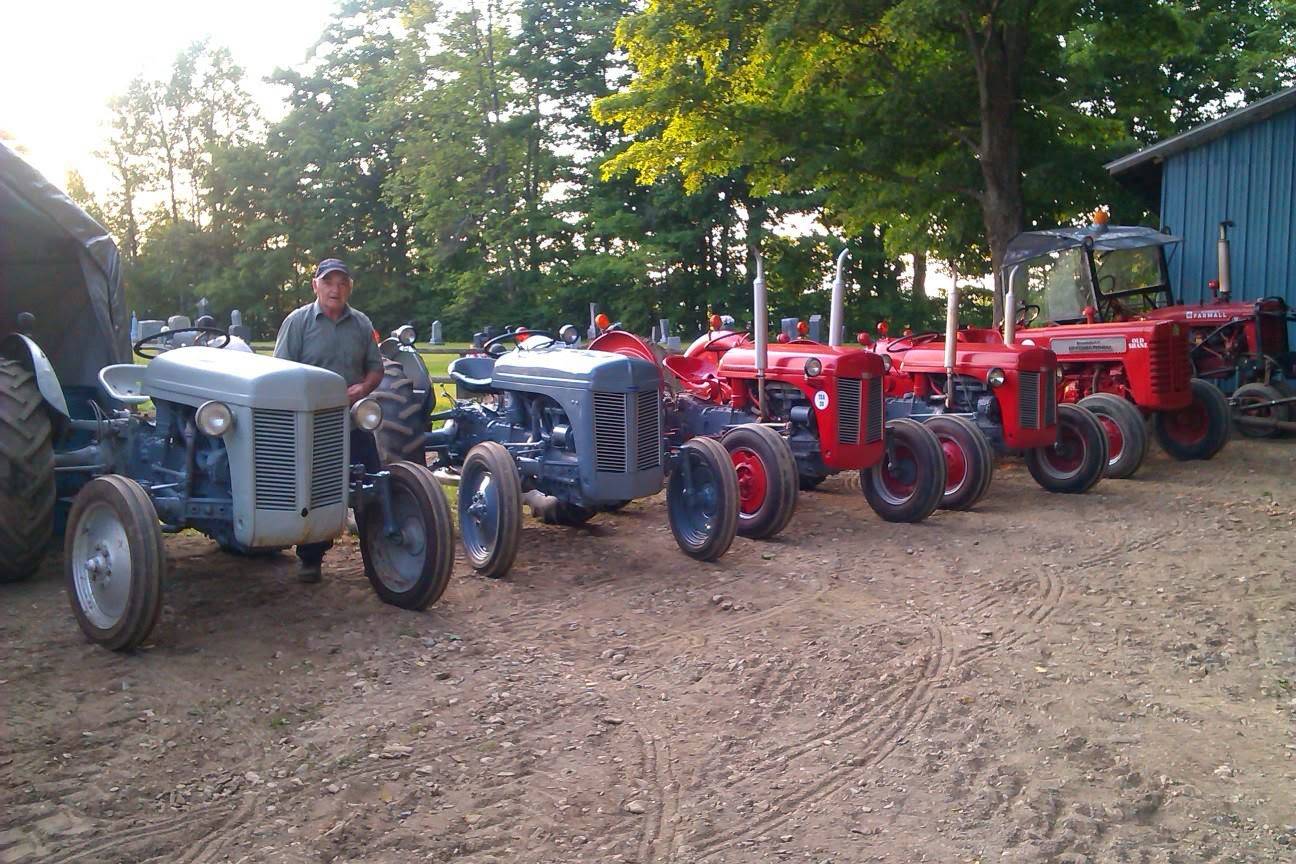 My grandfather, Keith Johnston, with some of his tractors that he has restored
Mine is the 2nd one from the left.  This was taken just after he painted it for the 2nd time.

Lots of people have asked how the plow works, so here's a link to a short video that I made of it:  http://youtu.be/SofSsXUc5KA?list=UUqjApuUQ_RPsPVRUY5s5uug
You may have to copy and paste the link in your browser


Posted by BigSkinny at 1:57 PM No comments: